An Executive Branch agency in the Health and Human Resources Secretariat, DHP is composed of Virginia's 13 health regulatory boards, the Board of Health Professions, the Prescription Monitoring Program and the Health Practitioners' Monitoring Program. DHP licenses and regulates over 500,000 healthcare practitioners across 62 professions. The mission of the Department of Health Professions is to ensure safe and competent patient care by licensing health professionals, enforcing standards of practice, and providing information to health care practitioners and the public. 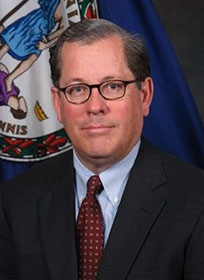 Mr. Arne Owens was appointed to serve as DHP’s Director by Governor Glenn Youngkin in November 2022. Mr. Owens previously served as Deputy Assistant Secretary for Planning and Evaluation in the Office of the Secretary, U.S. Department of Health and Human Services (HHS) and, prior to that, as Deputy Assistant Secretary with the Substance Abuse and Mental Health Services Administration (SAMHSA) at HHS. He has also served on the staff of the U.S. Senate as Health Care Policy Advisor for former Senator Bob Corker, Global Health Policy Advisor for the Senate Committee on Foreign Relations, and Health Care Policy Advisor for the Senate Committee on Small Business and Entrepreneurship and its chairman, former Senator David Vitter.

Until 1997, Mr. Owens was a career Army officer, retiring as a lieutenant colonel after serving in a variety of executive and staff assignments throughout the world, including Korea and the Persian Gulf War/Operation Desert Storm. He completed his military service with the Office of the Secretary of Defense at The Pentagon.

Mr. Owens is a graduate of the U.S. Military Academy at West Point, and holds a Master of Science Degree from the University of Southern California.